"I knew in that moment I had to start a snack food company."

Culture is often deeply rooted in the foods we love. So much so, that sometimes we don’t even realize it.

When we discover the culture behind food, we explore beyond our tastes and realize the journey each and every food has made to reach us.

As this month’s Vegancuts Snack Box celebrates Asian-owned brands, we explore Dang Foods, one of the most popular vegan snack brands on the market, and how Thai heritage shaped the much-loved snacks. 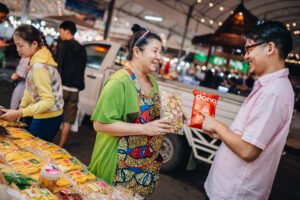 Dang was founded in 2011 by Vincent Kitirattragarn. While a New York City native, he grew up visiting his family in Thailand every summer where he was immersed in the diverse array of different foods available there. As he entered adulthood, he realized the only Thai dishes readily found in the US were basics like Pad Thai, mango sticky rice, and Thai iced tea.

Adamant to bring more Thai variety to the States, Vincent started a pop-up restaurant in New York City. His mom (“Mama Dang”) shared her recipe for her Thai lettuce wraps that called for toasted coconut. But after searching, Vincent was unable to find toasted coconut with the true essence that he’d enjoyed in Thailand. 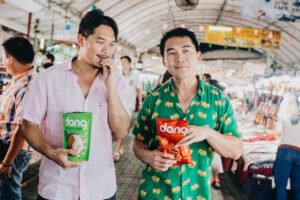 Not shy of a challenge, he decided to make this own.

“Starting from scratch, I shaved thick strips of fresh coconut meat and lightly toasted them to perfection,” Vincent said.

“The naturally sweet aroma caught my roommates’ attention and the satisfying flavor and crunch kept them coming back. I knew in that moment that I had to start a snack food company.”

He launched Dang, naming it after his Mom.

Vincent’s brother, Andrew, joined in and since then they’ve used inspiration from their Thai-American heritage to create Asian-American snacks with a focus on better-for-you snacks with plant-based, all-natural ingredients.

Fun fact, Dang also means “red” in Thai and red is a very lucky color in the Thai culture. 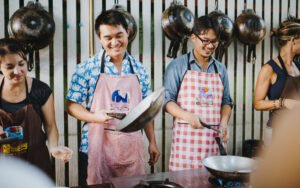 While Dang’s Thai heritage has an alluring appeal to the company, that wasn’t always the case.

In fact, Vincent admits he went out of the way to dilute the brand’s Asian heritage to avoid being branded “Asian” and placed in the Asian food section in the supermarket. Instead, he focused on the natural, healthy, and tastiness of the snacks in an effort to reach a larger audience.

While this strategy worked well at first, Vincent had somewhat of an epiphany and decided Dang’s story needed to be told. He organized a retreat to Thailand for the entire Dang team to visit the coconut farms, rice paddies, and different suppliers making the Dang snacks. 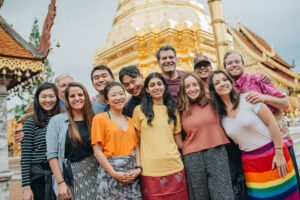 The team got to meet the actual owners of the factories and the people working hard to create the brand’s signature snacks. Educating the team on what went into the product was important as Dang pivoted towards emphasizing the importance of the cultural background and inspiration.

This shift in owning Dang’s cultural heritage has led the company to focus and celebrate diversity in America. As an Asian-American and CEO of an Asian-American snack company, Vincent believes it is his responsibility to honor and celebrate his heritage and speak out against racial discrimination. Through social media and various news publications, it is common to see him calling out for more support, allies, and understanding across racial boundaries. 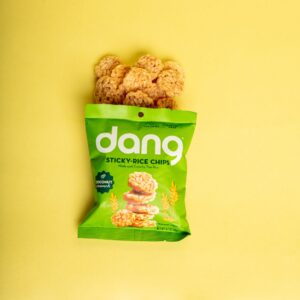 These crunchy snacks are inspired by Northern Thai street food. Sticky rice is soaked in fresh watermelon juice and coconut milk to bind the grains together, then crisped to bring out the flavor of toasted rice. These vegan and gluten-free, crunchy, mini rice cakes have 25-35% less fat than regular potato chips. 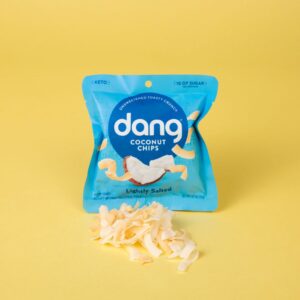 Dang’s famous Coconut Chips are carefully crafted from harvested mature Thai coconuts. The coconut meat is sliced up and toasted to perfection using a recipe that is true to Dang’s roots.

Unlike Dang Chips, Dang Bars are not specifically inspired by Thai dishes, instead, they draw on traditional Asian flavors to create flavors like lemon matcha, almond cookies, coconut, and peanut satay. 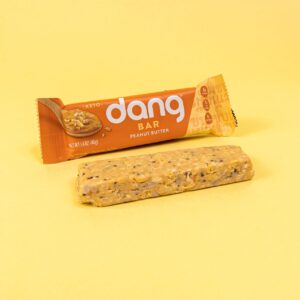 The Peanut Butter Dang Bar in June’s Vegancuts Snack Box is a low-carb, keto-friendly protein snack bar made with whole foods ingredients like almonds, coconut, sunflower seeds, and chia seeds that you can actually see and taste.

“As the original plant-based keto bar, we felt it was important to bring this to market. When the keto trend started taking off, headlines everywhere were shouting that you could eat all the bacon and cheese you want and still lose weight. We wanted to switch the narrative and show it was possible to eat a low-carb diet through plant-based foods like nuts and seeds,” Vincent said.

“As far as protein bars go, a lot of what’s out there contains some form of eggs, dairy or whey protein. We opted to keep it all vegan and derive our protein from nuts and pea protein.

Lastly, we were committed to making a bar with no added sugar, but also no fake stuff. Many of the on-the-go bars out there contain a lot of added sugar through dates, honey or brown rice syrup. Or instead of sugar, they’re using sweeteners like sucralose and sugar alcohols like maltitol or erythritol. Dang Bars are sweetened with a hint of the all-natural sweetener, stevia.” 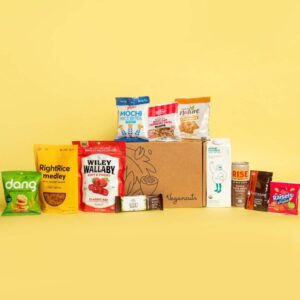 The Vegancuts Snack Box is the best way to discover new hard-to-find snacks from all over the world.

When you're got a craving, we've got you covered.

How To Go Vegan: Tips For Transitioning To A Vegan Lifestyle

Going vegan isn't just changing your diet. It's a shift in mindset and outlook on the entire world.