Home | Blog | Food & Drinks | Is Wine Vegan? Everything You Need to Know

Is Wine Vegan? Everything You Need to Know

Ah, wine. It’s everything at the end of the day, for those special occasions, holidays, weddings, another Zoom call…. But is it vegan?

Wine is just grapes, right? They’re vegan. How could wine not be vegan?

Well, wine’s story, it turns out, is a complicated one. Let’s start at the beginning. Or, at least, an imaginary, but likely accurate one:

Once upon a time, someone came across a fermented bit of grape juice and decided to drink it anyway. It was a revelation. They felt good. They drank more. They shared it with their friends. They also felt good. They went on the hunt for more bubbly grapes and bar-hopping was born. We’re reaping the benefits of that discovery to this day.  Nectar of the gods, ambrosia itself, wine has been enjoyed for 8,000 years or so, and our interest in it shows no sign of slowing down. Wine is only getting better, more nuanced, and, as luck would have it: more vegan-friendly. But why isn’t wine vegan in the first place? 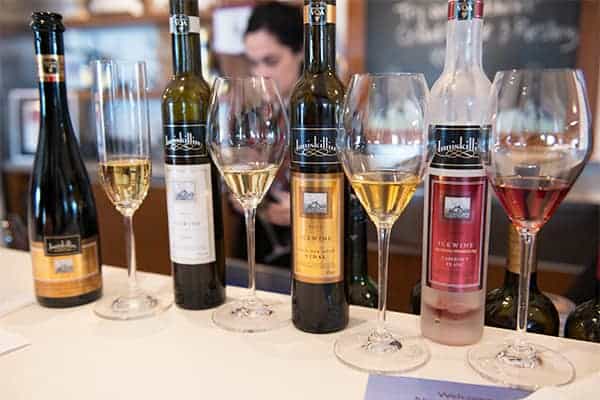 During the fermentation process, there can be a fair bit of sediment that’s created in wine and needs to be sifted out. Traditionally, materials like gelatin, isinglass, casein, and egg albumin, were all used to clarify wine.

Gelatin is produced by boiling down the bones and tendons of pigs or cows, sometimes horses. It’s found in a number of foods from marshmallows to canned soup to vitamin capsules. It’s lately got a fancy wellness name, too: collagen. But gelatin is made up of the parts of an animal most people wouldn’t ever imagine eating.

Isinglass is a fancy word for fish bladders. As you may have visualized, bladders are sacs that hold liquid. Not difficult to see how it may be used to catch sediment and send clarified liquid through.

Casein is a byproduct of dairy. It’s the protein that’s concentrated in cheese. All mammals produce it, and it may be addictive, according to the website Healthine. That’s because,  especially in the case of cheese, casomorphins are concentrated in casein. Those “morphins” as you may have guessed, are not dissimilar to morphine. They are meant to attract baby cows to their mother’s milk. Just the same as newborn human babies instinctively look for their mother’s nipples, and keep returning once they have the milk. But don’t go blaming your wine habit on casein. (Nice try.) While there’s likely just residual amounts left in your bottle, it’s good to remember that casein is for cows, not happy hour.

Egg albumin may be the substance in wine people are most familiar with. It’s the white of the egg. But why are they used in wine? Like casein, they’re rich in proteins that can absorb tannins, giving the wine a less bitter taste.

But why are all of these animal products used in wine?

The short answer is because these materials were readily handy thousands and even hundreds of years ago. After all, if you look back thousands of years, we were tribal, cultural communities relying on animals for a number of benefits including food, clothing, and shelter. These animal by-products, leftovers, couldn’t be let go to waste. Everything had a purpose. And these traditions lasted, even though vegan filtration methods are just as if not more beneficial in filtering wine. We are creatures of habit, after all.

Nowadays, we have multi-trillion-dollar animal agriculture industries from fishing to egg-producing to dairy and meat production. All of these industries produce an exorbitant amount of by-products. There are more than 55 billion land animals raised for food every year and some estimates on the fishing industry put that at more than one trillion fish pulled from our oceans annually. In other words: that’s a lot of fish bladders.

These massive animal-based industries are incentivized to use as much of those animals as they can. It’s more profitable, especially as demand for plant-based products keep edging up. These struggling industries need to maximize profits. So they’re out there selling fish bladders and gelatin to wine producers all in the name of tradition and optimal filtration. 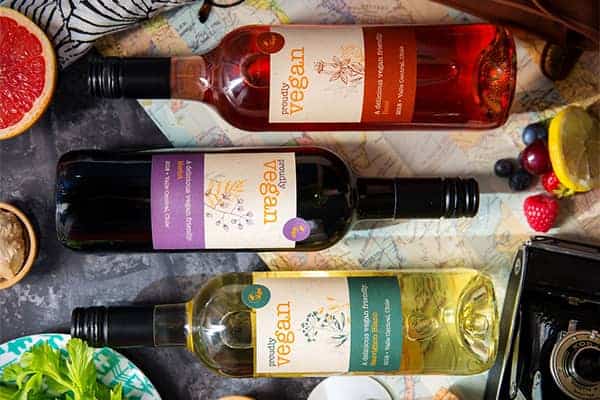 But just like animal meat, eggs, and dairy are all getting challenged by plant-based alternatives, so too is the wine industry looking upstream to options that are better for their customers, their planet, and the trillions of animals.

Wineries are beginning to take note, either leaving their wine unfiltered altogether or skipping the animal products during the fining process.

An invaluable resource to this effect is the Barnivore website. Whether your preference is for red wine, white, rosé, sparkling, icewine, or Champagne, there are now vegan options available across the board. In some cases, a vineyard may produce only a couple of wines that are vegan-friendly while still using animal products in others, and some vineyards are entirely vegan.  These are great ones to support; the more demand they get for vegan wine, the more they’re going to produce.

There are some brands explicit in their vegan commitments, but it’s generally rare that a wine company will label their offerings as “vegan” or “vegan-friendly.” That’s fairly standard as wine labeling requirements are minimal. So if you do want a vegan wine, do your research before heading to the liquor store to pick up a holiday bottle.  With social media at the ready, it’s easy to contact wineries if you don’t see them on Barnivore.

You can also explore vegan wine subscription options. Vegan Wines boasts being the only vegan wine club in the U.S. It offers customizable wine packages you can have delivered right to your door, monthly.